The temperature and pressure release (TPR) valve must be sound for your water heater to operate efficiently and safely. Below is an overview of this critical water heater part.

What Is the TPR Valve?

Water expands when heated. As such, your water tank's pressure will increase if it overheats. Extreme temperature and pressure are dangerous since they can cause water to leak out of the tank, cause burn injuries, and damage your plumbing system.

For most tanks, the TPR valve sits on top or the side of the tank. A discharge tube connects to the valve to drain water the valve may release in case of extreme temperature and pressure.

The TPR can malfunction just like other parts of your water heater. In most cases, you can trace the malfunction to age-related wear and tear. For example, the valve has a seal that prevents water leakage at normal wear and tear. Over time, the seal might wear and allow water to leak out of the tank even at normal temperature and pressure.

Other things that can cause TPR valve problems include accidental damage and poor replacement. For example, a do-it-yourself TPR valve replacement that has gone wrong can allow water to leak out of the valve without cause.

Water leakage is the most obvious sign of TPR malfunction. However, a leakage doesn't necessarily mean that the valve has malfunctioned; it might also mean that the valve is operating as it should, and the tank's temperature and pressure are too high. No matter what the cause is, you have a TPR valve problem on your hands if it leaks without cause.

A faulty TPR valve might be stuck and fail to release water even at abnormal temperature and pressure. In such a case, the continued pressure increase might cause the tank to rattle as the high-pressure water seeks a way out. If you hear such rattling sounds, stop using your water heater until a plumber fixes it.

The best way to preserve the TPR's integrity is to inspect and test it regularly. A visual inspection should tell you if the valve is leaking water. However, such an inspection is not enough to detect a valve that cannot release water at high temperatures and pressure. You need to test the valve regularly for such evaluation.

Here are the general steps for TPR valve testing:

A plumber can also help you test the TPR valve. The valve is stuck if water doesn't flow out of it during the test, which means it should be replaced. 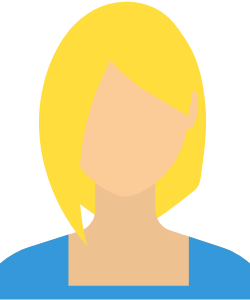 Sink drain troubles can bring your home water usage to a ceasing halt. The sooner you address your slow draining problem, the less risk you'll face of serious complications. Having seen those complications first-hand, we created this site for homeowners just like you who are experiencing drain clogs and drainage issues. In the posts here, you'll find information about tackling those drain troubles first-hand. We will explore the options, how they work, and what you need to consider. That way, you can decide if home solutions are ideal for you or if it's just time to call the local emergency plumber.